DC Bill: Patients Have No Right to be Told of Options for Cure or to Extend Life; Patient Choice is Not Assured

"Ejusdem generis" is Latin for "of the same kind."[1] The phrase is also a rule of statutory construction, which is used to interpret loosely written statutes[2]. The rule states:

"Where a law lists specific classes of persons or things and then refers to them in general, the general statements only apply to the same kind of persons or things specifically listed. Example:  if a law refers to automobiles, trucks, tractors, motorcycles and other motor-powered vehicles, 'vehicles' would not include airplanes, since the list was of land-based transportation." (Emphasis added). [3]

'Death with Dignity' Imperils the Poor

for Real Change, which advocates for the dignity and self-determination of the poor. (“Terminally ill patients face shortage of right-to-die drug amid controversy over capital punishment,” Real Change, June 18, 2014)

Oregon: Jury awards$3 million to fired nurse who complained of 'rushing patients through' to save money 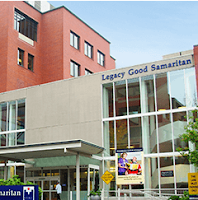 A Portland jury on Friday awared a nurse more than $3 million -- agreeing that she was wrongfully terminated by
Legacy Good Samaritan Medical Center after she complained to management that cost cutting measures were jeopardizing patient care. Registered nurse Linda Boly said Saturday that she felt vindicated by the verdict. She hopes it sends a "big message" to Legacy Health System that "rushing patients through" the process endangers them. . . .

To read the rest of the article, click here.