Click here for a pdf version to use as a handout

The Act  (HB 90 as amended, and SB 153) seeks to legalize medical “aid in dying,” a traditional euphemism for active euthanasia and physician-assisted suicide.[1]

2.  Who is Especially at Risk?

Individuals with money, meaning the middle class and above.

3.  Assisting Persons Can Have an Agenda

Persons assisting a suicide or euthanasia can have an agenda. Consider Tammy Sawyer, trustee for Thomas Middleton in Oregon, which has a similar law. Two days after his death by legal assisted suicide, she sold his home and deposited the proceeds into bank accounts for her own benefit.[2] Consider also Graham Morant, recently convicted of counseling his wife to kill herself in Australia, to get the life insurance. The Court found:


[Y]ou counseled and aided your wife to kill herself because you wanted ... the 1.4 million.[3]

A BILL FOR AN ACT ENTITLED: "AN ACT PROVIDING THAT CONSENT TO PHYSICIAN AID IN DYING IS NOT A DEFENSE TO A CHARGE OF HOMICIDE; AMENDING SECTION 45-2-211, MCA; AND PROVIDING AN EFFECTIVE DATE."
Share

US "Palliative" Care Act has Been Reintroduced 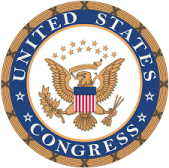 The "Palliative Care and Hospice Education and Training Act," formerly S. 693 and H.R. 1676, has been reintroduced in the 116th Congress as H.R. 647. I did not see a Senate version. The full text is not yet available.

The prior Act, if passed into law, would have undermined the Office of the Inspector General's (OIG's) mission to combat Medicare and Medicaid fraud concerning the federal hospice benefit. See https://www.choiceillusion.org/2018/10/memo-to-us-senate-committee-on-health.html The Act was also a "springing" or closet euthanasia bill:

There is a new bill seeking to legalize assisted suicide and euthanasia, as those terms are traditionally defined, in Delaware.

Click here to view the text, sorry no bill number yet.

Today, Choice is an Illusion formally announces the launching of  "End the Abuse," a website opposed to palliative care and hospice abuse.

We hope that you find the site helpful.

Five days ago, an op-ed appeared in the New York Post advocating for Congressional passage of the "Palliative Care and Hospice Education and Training Act."[1] The Act has not been introduced in the current (116th) Congress.[2] There are, however, rumors that it will be or that passage will occur by packaging it with other legislation. With the appearance of the op-ed, the veracity of these rumors is well founded.

The Act was introduced in the last (115th) Congress as H.R. 1676 and S. 693. Its stated purpose was to provide financial support for palliative care and hospice education centers, including direct patient care. The Act easily passed the House on a voice vote.[3]

There was and is, however, a catch.