"Don't render yourselves, and the people you care about, sitting ducks to heirs and other predators."

The proposed bill, "An Act Concerning Aid in Dying for the Terminally Ill," seeks to legalize “aid in dying,” which is a euphemism for active euthanasia and physician-assisted suicide.[1]
2. Who May Be Most at at Risk?
Individuals with money, meaning the middle class and above.
Share 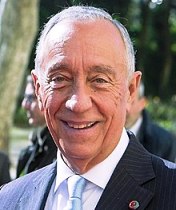 https://www.kget.com/health/portugals-euthanasia-law-goes-for-constitutional-review
LISBON, Portugal (AP) — Portugal’s president on Thursday asked the country’s Constitutional Court to evaluate a recent law passed by parliament that allows euthanasia and physician-assisted suicide for terminally ill and gravely injured people.
Portuguese President Marcelo Rebelo de Sousa said in a statement the legislation appears “excessively imprecise,” potentially creating a situation of “legal uncertainty.”
Lawmakers three weeks ago approved by a significant majority the final wording of the bill, following almost a year of discussions to detail administrative procedures and other aspects of the procedures. The bill then went to the head of state, who had to decide whether to approve the law, veto it or send it to the Constitutional Court for review.
Rebelo de Sousa said the bill also raises a series of questions about the constitutionality of “such a complex and controversial issue.”
Parliament can override a presidential veto by voting a second time for approval.
Share
‹
›
Home
View web version