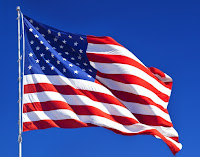 By Margaret Dore, Esq., MBA[1]
For a pdf version of this document, click here.

This fact sheet is based on a “Suicide Contagion Memo” and a “General Memo,” prepared by Margaret Dore, which can be viewed at the links cited in the footnotes below.[2][3]

Act 21-577 (the “Act”) is a deceptively written law that legalizes assisted suicide and euthanasia as those terms are traditionally defined.

Suicide means the intentional taking of one’s own life.

Assisted suicide means that someone provides the means and/or information for another person to commit suicide.

When a physician provides the means or information, the practice may be termed physician-assisted suicide. This term, however, can be a misnomer in the context of the Act, which allows non-health care personnel such as the patient’s family members to actively participate in the lethal drug request process and administration of the lethal drug.

Euthanasia is the direct administration of a lethal dose to cause another person’s death.

The Act is based on a similar law in Oregon, enacted in late 1997. By 2000, Oregon’s conventional suicide rate was “increasing significantly” and has continued to rise over time.This is consistent with a suicide contagion in which the legalization of physician-assisted suicide has encouraged other suicides. See Suicide Contagion Memo.

4. The Cost of Suicide

A recent Oregon government report states: “The cost of suicide is enormous.  In 201[2] alone, self-inflicted injury hospitalization charges in Oregon exceeded $54 million; and the estimate of total lifetime cost of suicide in Oregon was over $677 million.” Id.

Note that Oregon is a smaller population state.

5. The Act Applies to People With Years or Decades to Live

The Act applies to persons with a “terminal disease” with a prognosis of less than six months to live.

In real life, such persons can have years or decades to live due to misdiagnosis and because predicting life expectancy is not an exact science. Dr. Kenneth Stevens of Oregon says “There are always some people who beat the odds.’

In Oregon, which has a nearly identical six months to live criteria, this determination is made without treatment. Consider, for example, Oregonian Jeanette Hall who was given a terminal diagnosis of six months to a year to live. This was based on her not being treated for cancer. She decided to use Oregon’s law, but her doctor (Kenneth Stevens) stalled her and eventually convinced her to be treated instead. In a 2016 declaration, Jeanette Hall states: “This July, it will be 16 years since my diagnosis. If [my doctor] had believed in assisted suicide, I would be dead.”

6. The Act Is a Recipe for Elder Abuse

Elder abuse is a significant problem in the District of Columbia and throughout the United States. Victims may even be murdered. The D.C. Department of Human Services states: “Typically, the abuser is a relative, frequently an adult child of the victim.”

The Act allows a patient’s adult child, who will financially benefit from the patient’s death, to actively participate in the lethal drug request process. In the context of an executing a will, similar conduct is used to prove coercion and undue influence.

Once the lethal dose is issued by the pharmacy, there is no oversight. No witness, not even a doctor is required to be present at the death. Even if the patient struggled, who would know?

7. The Act Creates the “Perfect Crime”

8. In Oregon, Even Law Enforcement Cannot Access Information Collected by the State

The Act contains language similar to Oregon’s law, which in Oregon is interpreted to bar even law enforcement from accessing information about deaths under Oregon’s law.

9. The DC Act Has Stronger Language, Which Can be Read to Bar Access to Information Under “Any Law.”

The Act will insulate the Department of Health from review by not only law enforcement, but arguably the courts and political authority.

10. Purported Mandatory Oversight by the Office of the Chief Medical Examiner is a Sham.

The Act gives the attending physician near complete control over the death process, including explicit authorization to sign the death certificate. See the Act, § 6 (g). Doctors will be able to use the Act to hide malpractice. The door will also be opened to give cover to medical predators, such as a Dr. Michael Swango, who just like to kill people.

12. A National and International Security Implication

The Act applies to a person who “resides” in the District of Columbia, which includes members of Congress and the Senate, and certainly the President of the United States. Foreign government nationals such as ambassadors also reside in the District of Columbia. With this circumstance, political motivations, both here and abroad, could come into play with the prospect of a perfect crime in which even law enforcement is blocked from obtaining information. The Act has national and international security implications. For this reason alone, the Act must be rejected.

13. Physician-Assisted Suicide Can Be Traumatic for Patients and Families

In 2012, a European research study addressed trauma suffered by persons who witnessed legal physician-assisted suicide in Switzerland. The study found that one out of five family members or friends present at an assisted suicide was traumatized. These people, “experienced full or subthreshold PTSD (Post Traumatic Stress Disorder) related to the loss of a close person through assisted suicide.” I have seen this in my cases, plus trauma for the patients as well.

I am not aware of any case in which a person has used Oregon’s law for uncontrolled physical pain; the Oregon statistics do not make this claim (they talk about "concerns" of "inadequate pain control or concern about it"). (Emphasis added).