Dore: "The bill seeks to legalize ‘aid in dying,’ a traditional euphemism for euthanasia.” 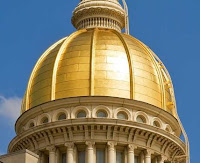 “The bill is sold as assuring individual choice and control. The bill is instead stacked against the individual and a recipe for elder abuse.”

Trenton, NJ – Attorney Margaret Dore, president of Choice is an Illusion, which has fought assisted suicide/euthanasia legalization efforts in many states and now New Jersey, made the following statement in connection with today’s legislative hearing on a bill seeking to legalize assisted suicide and euthanasia in that state. (A 1504, hearing Monday, 03/12/16, noon).

New York Debate: Thank you Dawn Eskew and Everyone Else Who Came and Contributed

Thank you to Dawn Eskew and everyone else who helped put on yesterday's debate.

We had a great turnout and Dawn as the moderator, kept everyone in check, including me.

We had a number of people who came a long way, including Alex Shadenberg from Ontario Canada and Kate Menzia from Missoula Montana

It was also very interesting getting feedback from people on the other side.

Thank you to everyone who donated their time or money to make the event possible. Donations are still needed to cover expenses and to move forward with future events.