EUTHANASIA-FREE NZ: MEDIA RELEASE
Click here to view.
Sean Davison, a New Zealand citizen who was convicted of assisted suicide in Dunedin, appeared in a South African court on Wednesday on a murder charge.
The charge is in relation to the death of Anrich Burger, 53, who became a quadriplegic after a motor vehicle accident in 2005. He was not terminally ill.

The Letter the Kansas City Star Refused to Print

David Grube’s guest commentary claims that Oregon’s suicide rates “overall have gone down ... since its Death with Dignity Act went into effect in 1997.” This claim is false.

Australia: Man pleads not guilty to assisting his wife's suicide, as prosecutors claim he did so to access her life insurance 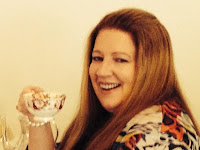 A 69-year-old man who has pleaded not guilty to assisting his wife to kill herself in 2014 had "1.4 million reasons" to intentionally help her end her life because she had three life insurance policies, a court has heard.

Graham Robert Morant is on trial in the Supreme Court in Brisbane on two counts, including one of counselling and one of aiding Jennifer Morant, 56, to kill herself.

An Ontario hospital that wants to discharge a suicidal man [Roger Foley] with a crippling brain disease threatened to start charging him $1,800 a day, and suggested his other options included medically assisted death [non-voluntary euthanasia], according to a new lawsuit.

It also claims Canada’s new assisted dying laws are unconstitutional and should be struck down because they do not require doctors “to even try to help relieve intolerable suffering” before offering to kill a terminally ill patient.