Why the Site HospiceFraud Exists 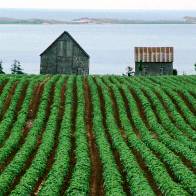 An excerpt below from "Hospice Fraud."
This is not a site that supports hospice haters. This is a site that inspires solutions. You can't totally eliminate care for the elderly, disabled or dying or you will just have euthanasia! You have to have some type of caring whatever you call it and originally hospice was the appropriate way of caring for people using the best of science to relieve suffering without killing.
Today, much greed in the industry and those who have found ways to make a lot of money off of human suffering have changed the landscape. Hospice patients are simply a money crop.

Press Release: "Proposed Federal Hospice Act Must Be Defeated to 'Stop the Waste, Bleeding and Heartache'" 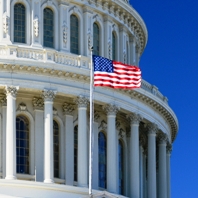 Dore: "Existing federal hospice programs, such as the Medicare hospice benefit, are plagued by fraud, poor quality care, rampant abuse, arguably murder, and a gross waste of taxpayer dollars. Enacting another federal hospice program, when existing programs are far from being under control, makes no sense and will only cause more of the same."

"If my doctor had believed in assisted suicide, I would be dead"

I live in Oregon where assisted suicide is legal. Our law passed in 1997 by a ballot measure that I voted for.

In 2000, I was diagnosed with cancer and told that I had 6 months to a year to live.  I knew that our law had passed, but I didn’t know exactly how to go about doing it. I tried to ask my doctor, Kenneth Stevens MD, but he didn’t really answer me. In hindsight, he was stalling me.

Memo to the U.S. Senate HELP Committee: Vote No on the Palliative Care and Hospice Education and Training Act

For a summary sheet including a similar House bill (H.R. 1676), click here. For a pdf version of this memo, click here.

Existing federal palliative care programs, such as the Medicare hospice benefit, are plagued by fraud, poor quality care and a gross waste of taxpayer money.[5] S. 693 must be rejected unless problems with existing programs are resolved; Congress must not throw good money after bad. The bill must also be rejected for the reasons set forth below.

An Australian man has been convicted of aiding his wife's suicide, after a court heard he had coveted payouts from her life insurance.
Jennifer Morant, 56, had suffered from chronic pain but was not terminally ill when she died in 2014, a court heard.
A jury found that Graham Morant, 69, counselled and aided his wife to take her life. He had denied both charges.
Share
‹
›
Home
View web version