American democracy is based on the idea that the voices of the people matter. As legislators struggle with difficult issues, trying to balance the needs of conflicting constituencies and solve complicated problems, they need to hear the perspectives of the people most directly affected.

This is why they listen to hour after hour of in-person testimony. Written testimony has its place. Studies and charts provide important information; but being in the presence of the people, hearing their passion, and sometimes seeing their tears brings us together as human beings and makes it possible for legislators to make the best decisions. 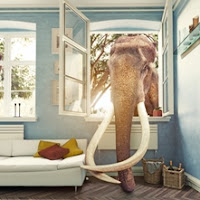 Note: Oregon's suicide rate began rising after physician-assisted suicide became legal in 1997. This is "the elephant in the living room," not mentioned by the article below.

To learn more about suicide contagion in Oregon, click here. To view the article below in its entirety, click here.


Salem, Ore. -- In February the Centers for Disease Control and Prevention released data showing that suicide was the leading cause of death among Oregon youth ages 10 to 24 in 2018, up from the second leading cause of death in 2017. Oregon is now ranked 11th highest in the nation for youth suicide death rates (up from 17th in 2017).

Margaret Dore: Euthanasia Act "Must Be Set Aside"

On March 24, 2020, a hearing was held in Glassman v Grewal, a lawsuit, which seeks to invalidate New Jersey's euthanasia law, formally known as the "Medical Aid in Dying for the Terminally Ill Act."

The specific matter before the court was a motion to dismiss brought by the defendant, New Jersey Attorney General, Gurbir S. Grewal.

The plaintiff, Joseph Glassman, represented by E. David Smith, opposed the motion, as did Margaret Dore, president of Choice is an Illusion, representing herself as amicus curiae.

Dore, who had filed both an amicus brief and a reply brief, argued that the Act must be set aside pursuant to the New Jersey Constitution. Her arguments largely tracked her reply brief, a portion of which is set forth below.

Huge Setback for Proponents in Maryland


We testified on the Senate version, SB 701, on 2/28/20. There was no hearing on the House bill and neither advanced out of committee. Best success we've had since the first go-around in 2015!

Hansen added, this was "a huge setback for proponents considering the bill failed to pass into law by one vote last year."

Thank you to Dr. Hanson and everyone else who made this possible.

Tomorrow night on the Betrayed by Hospice show, Marsha Joiner interviews Michelle Young Doers, RRT Registered Respiratory Therapist and author of Killing for Profit: The Dark Side of Hospice, available at this link.

Michelle writes this heartfelt book from deep within the trenches of what she witnessed first-hand while working for hospice, caring for patients at the end of their life. She saw a business model of cutting corners, making promises that would never be kept and placing the bottom line of the accountants ahead of the care for the patient.
Share
‹
›
Home
View web version