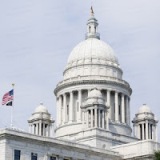 Providence, RI -- Attorney Margaret Dore, president of Choice is an Illusion, which has fought assisted suicide legalization efforts in many states, including Rhode Island, made the following statement in connection with last night's hearing on a bill seeking to legalize assisted suicide and euthanasia in that state.  (Bill H 7297)

"There is a bill pending before the Rhode Island House of Representatives, which seeks to legalize physician-assisted suicide and euthanasia as those terms are traditionally defined," said Dore. “The bill seeks to legalize these practices for people with years, even decades, to live.”

“The bill is sold as assuring patient choice and control. But when you look at what the bill actually says and does, the bill is a recipe for elder abuse.” Dore explained, "The patient's heir, who will financially benefit from the patient’s death, is allowed to actively participate in signing the patient up for the lethal dose. After that, no doctor, not even a witness, is required to be present at the death. If the patient objected or even struggled, who would know? The bill will create the perfect crime.”

“The Rhode Island bill seeks to legalize assisted suicide and euthanasia for people who are ‘terminal,’ which is defined as a doctor’s prediction of less than six months to live.“  Dore added, “In real life, such persons can have years, even decades, to live.”

“Doctors can be wrong about life expectancy, sometimes way wrong."  Dore explained, "This is due to actual mistakes and the fact that predicting life expectancy is not an exact science. A few years ago, I was met at the airport by a man who at age 18 had been diagnosed with ALS and given 3 to 5 years to live, at which time he was predicted to die by paralysis. His diagnosis had been confirmed by the Mayo Clinic. When he met me at the airport, he was 74 years old. The disease progression had stopped on its own.”

“If the Rhode Island bill becomes law, there will be new lethal paths of elder abuse, which will be legally sanctioned,” said Dore. “People with years, even decades to live, will be encouraged to throw away their lives or have their lives thrown away for them. Even if you like the concept of assisted suicide and suicide and euthanasia, the proposed bill has it all wrong.”