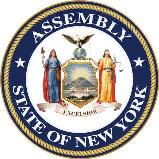 NEW YORK CITY - Margaret Dore, president of Choice is an Illusion, issued the following statement in connection with her testimony today before the New York Assembly Health Committee in opposition to Bill A.2383-A.

“The bill is sold as ‘aid in dying,’ which is a traditional euphemism for assisted suicide and euthanasia,” said Dore. “The term is also misleading in the context of the bill, which is not limited to dying people.”

Years or Decades to Live

Dore explained, “The bill seeks to legalize assisted suicide and euthanasia for people who are ‘terminal,’ which is defined as a doctor’s prediction of less than six months to live. In real life, such persons can have years or decades to live.”

“Doctors can be wrong about life expectancy, sometimes way wrong,” said Dore.“This is due to actual mistakes (the test results got switched) and the fact that predicting life expectancy is not an exact science. A few years ago, I was met at the airport by a man who at age 18 had been diagnosed with ALS and given 3 to 5 years to live, at which time he was predicted to die by paralysis. His diagnosis had been confirmed by the Mayo Clinic. When he met me at the airport, he was 74 years old. The disease progression had stopped on its own.”

Assisting Persons Can Have an Agenda

Dore added, “The bill is sold as an enhancement of individual choice and control. This claim ignores that persons assisting a suicide can have an agenda.” Dore explained,”Consider Tami Sawyer, trustee for Thomas Middleton in Oregon. Two days after his death by legal assisted suicide, she put his  home on the market and once sold, deposited the proceeds into bank accounts for her own benefit.”

“Consider also the language of the bill,” said Dore. "The patient's heir, who will financially benefit from the patient’s death, is allowed to actively participate in signing the patient up for the lethal dose. After that, no doctor, not even a witness, is required to be present at the death. If the patient objected or even struggled, who would know? The bill will create the perfect crime.”

Other States Are Pushing Back

“If the New York bill becomes law, there will be new lethal paths of abuse, which will be legally sanctioned,” said Dore. "People with years, even decades to live, will be encouraged to throw away their lives, or have their lives thrown away for them. I urge the New York Assembly Health Committee to reject the proposed bill.”